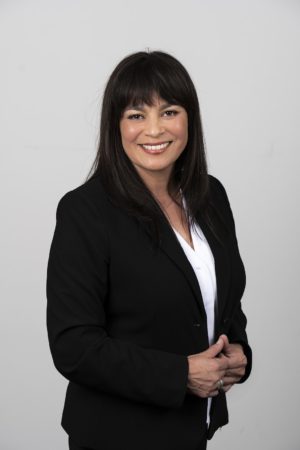 Publisher Goldstream News Gazette
Cathy Webster
250-478-9552 ex. 139
Cathy grew up in Merrit and launched her media career with the community newspaper in 1991. Moving to the Island in 1993 she continued to follow her passion with the Nanaimo News Daily and the Times Colonist where she won several national awards for layout and design before becoming publisher of the Goldstream News Gazette. Cathy plays a significant role in charity events. As publisher of the Gazette she continues to support all things local and sees the Gazette as being the voice for the Westshore communities. When she has spare time, Cathy is an accomplished baker and enjoys going for long bikes on our beautiful coast.
publisher@goldstreamgazette.com 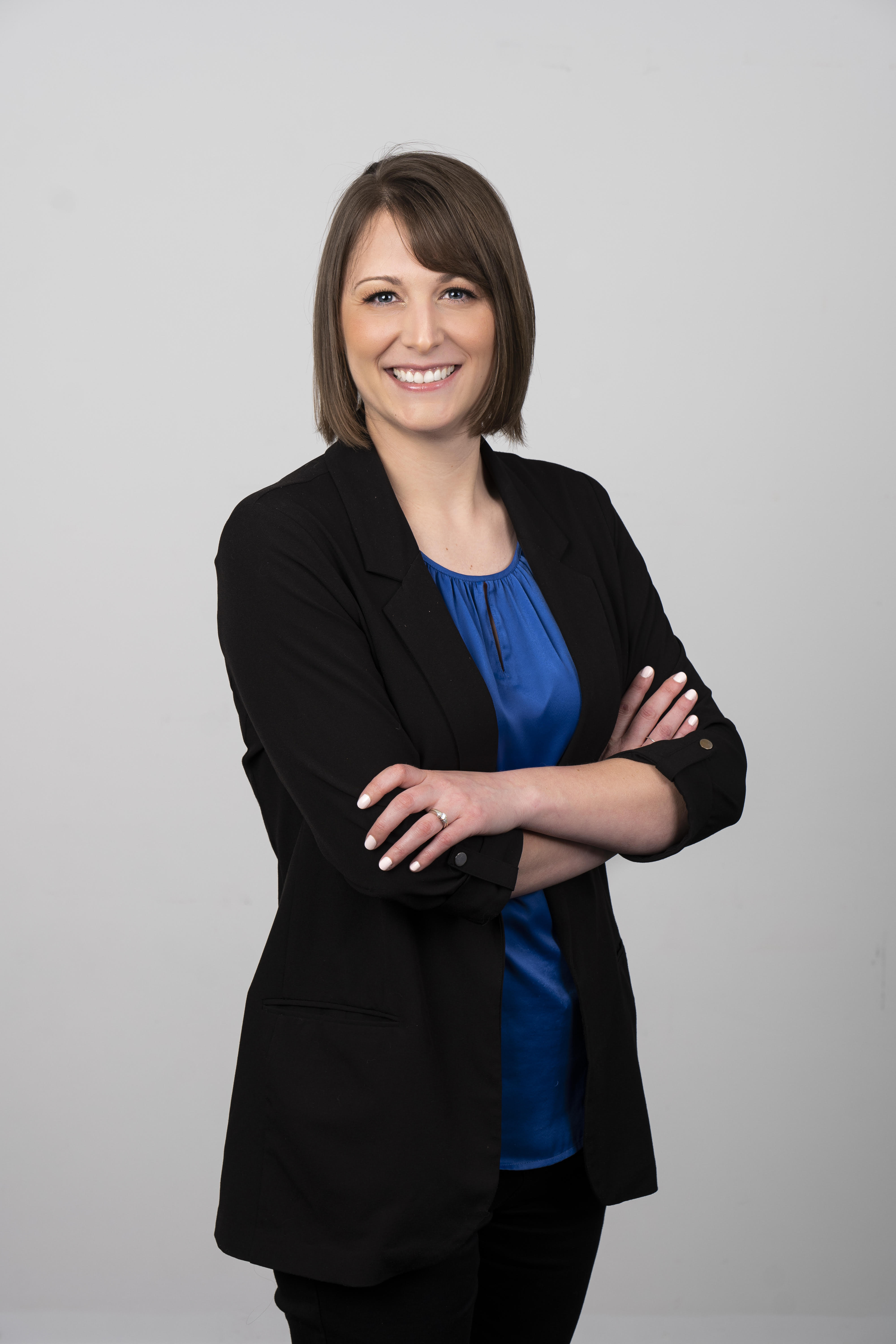 Managing Editor Greater Victoria Bureau Chief
Katherine Engqvist
778-746-4014
Katherine took on the role of Bureau Chief when the Greater Victoria editorial hub was created in 2018. Before that, she worked for a number of national and local publications, including Chatelaine magazine, and joined the Goldstream Gazette team in 2015. She started her journalism career at Black Press Media, working as an intern at the Peninsula News Review at the age of 14 before graduating with honours from Ryerson University's School of Journalism. She's been the recipient of numerous awards, including a Jack Webster Award for excellence in science, technology and environmental reporting, as well as being named to Editor and Publisher magazine's 25 under 35 rising stars in the news industry list. When she's not in the newsroom, you can find her working on her family's farm on the Saanich Peninsula, fishing in the waters off the West Shore, or travelling the globe.
katie.e@blackpress.ca 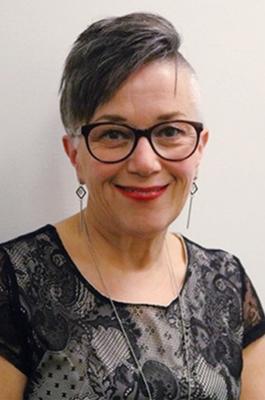 Multi Media Marketing Consultant
Joan Stiebel
250-478-9552 x 5
Joan has been a part of the Goldstream News Gazette family for over 15 years. Employing a wide variety of tactics, and strategies for local West Shore businesses she continues to attain marketing & sales goals for all her local business clients. Joan has been a long time resident of Sooke and enjoys travelling, baking, playing music on her ukulele.
joan.stiebel@goldstreamgazette.com 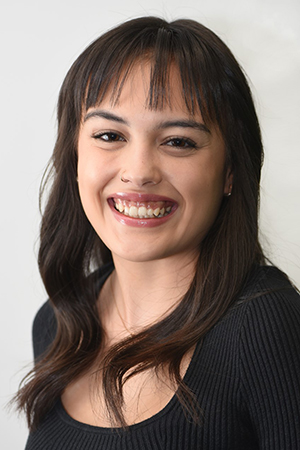 Multi Media Marketing Consultant
Limara Yakemchuk
250-478-9552 x 6
A recent graduate of Western University, Limara has returned to Vancouver Island (born & raised) and made Langford her home base. Limara enjoys trying new recipes, spending time with her dog, and chasing sunsets. She completed a Bachelor of Arts & Humanities with a major in English Language and Literature. Her passion for her community drew her to the Goldstream Gazette and really shines through with all the connections she makes and looks forward to making since joining the team.
limara.yakemchuk@goldstreamgazette.com 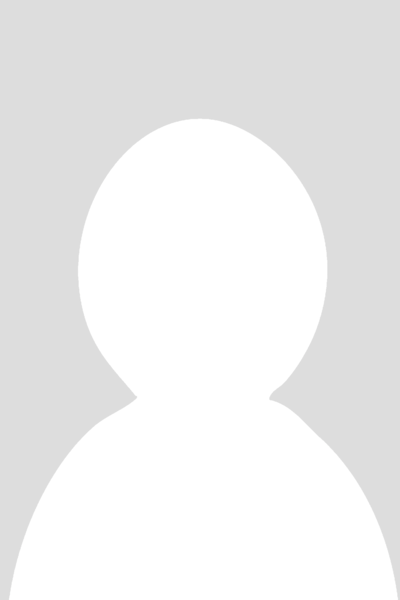 West Shore Journalist
Bailey Moreton
250-478-9552 x 3
Bailey moved to the island from Yellowknife, where he worked as a reporter for a radio station for a year. Prior to that, he did internships in Halifax and Windsor while studying at Carleton University. Bailey enjoys kayaking, hiking and sausage rolls and is excited to try surfing and whale watching.
bailey.moreton@goldstreamgazette.com 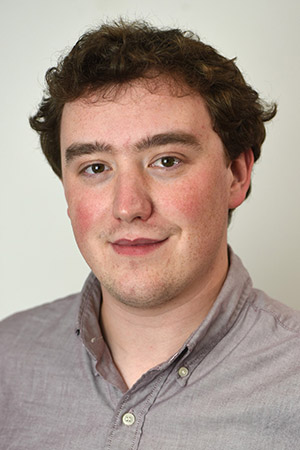 West Shore Journalist
Justin Samanski-Langille
250-478-9552 x 4
Justin moved coast-to-coast to come discover and share the stories of the West Shore, joining Black Press after four years as a reporter in New Brunswick. Calling Ottawa home, he graduated from Carleton University in 2017 and has spent time as a reporter and photojournalist in Ottawa, Toronto and Winnipeg in his quest to explore as much of the country as possible. His sense of adventure and curiosity developed in his youth spent traveling and living around the globe, including Australia and Jordan. When he isn’t on the job, you’re likely to find him mountain biking, hiking, skiing or just enjoying everything Vancouver Island has to offer.
justin@goldstreamgazette.com 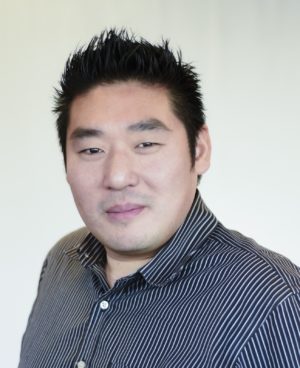 Multi Media Editor/Videographer
Arnold Lim
Arnold Lim oversees video operations and is an award-winning photojournalist, videographer, producer and director with numerous provincial and national awards. Lim has worked in film, having produced and directed commercials, shorts and a full-length feature film that has screened internationally. The Victoria resident served as photography manager for three Olympic Games, most recently at the Tokyo 2020 Summer Olympic Games in Japan. If you have a great visual story you would like to tell, Arnold can be reached at arnold.lim@blackpress.ca
arnold.lim@blackpress.ca 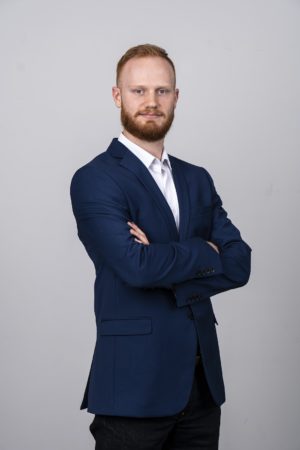 Regional Reporter Victoria News
Jake Romphf
250-480-3214
Jake, a Carleton graduate, traded the Great Lakes for Greater Victoria after moving here in early 2021 to see more of the country that he reports on. After growing up in a small town surrounded by petrochemical refineries and industrial plants, he's passionate about issues relating to the environment, sustainability and wildlife conservation. He's also interested in reporting on sports, politics and anything new or obscure
jake.romphf@blackpress.ca 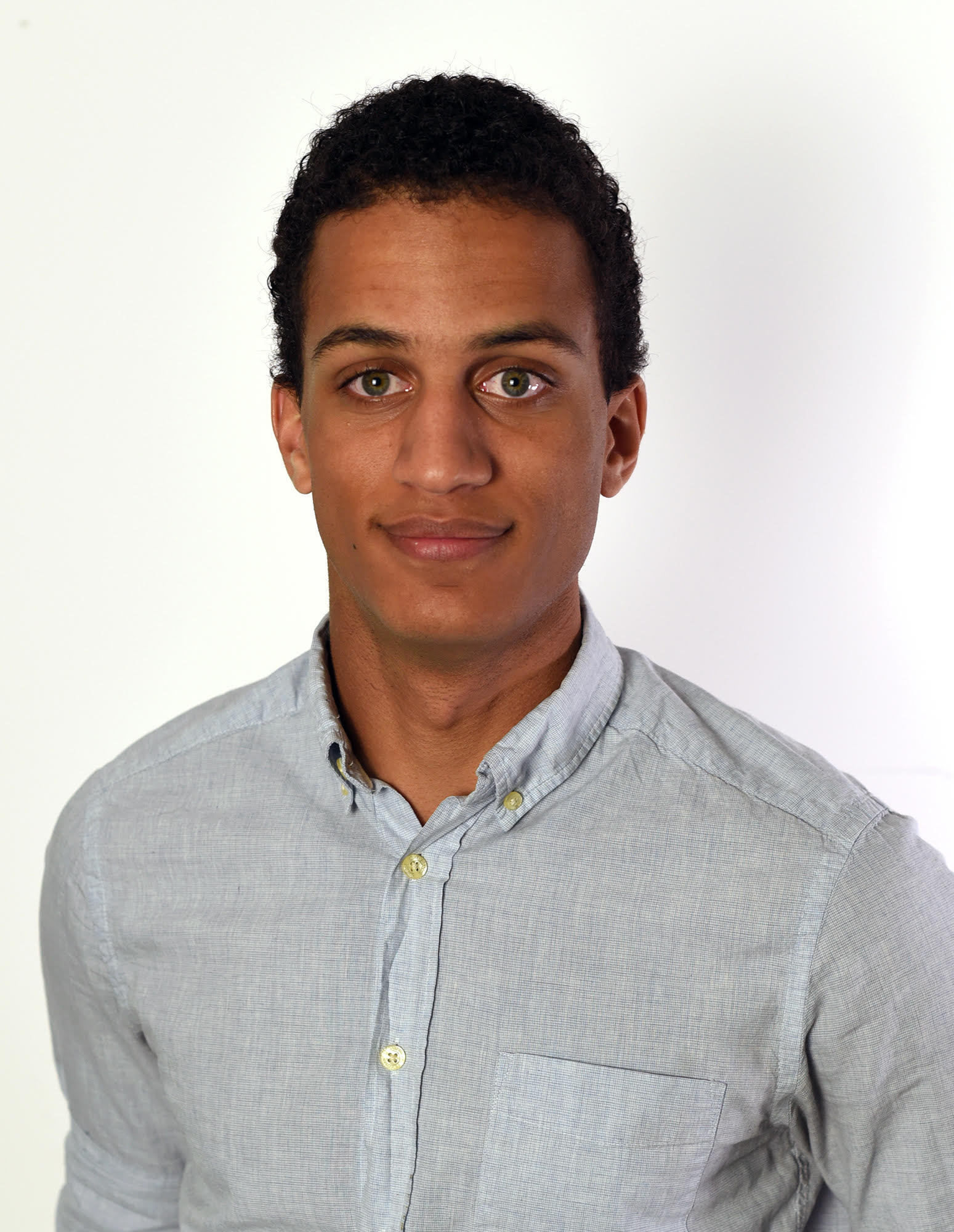 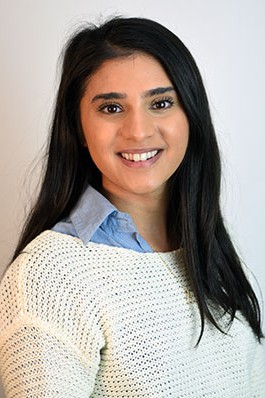 Social Media Curator-Reporter
Sonica Parmar
250-480-3278
Sonica Parmar is a graduate of the University of Victoria’s Gustavson School of Business with experience working for the Downtown Victoria Business Association. Volunteering with Soap for Hope Canada, The Canucks Autism Network and the Cowichan Hospice Gala gave her the opportunity to embed herself in the community. She believes in building trust through community journalism, and elevating those voices through social channels. With a focus on digital outreach, Sonica looks forward to using her many skills to elevate local community stories and experiences. When Sonica isn’t sitting behind her computer she enjoys spending time with friends in the outdoors and is always looking for the next best novel.
Sonica.parmar@blackpress.ca 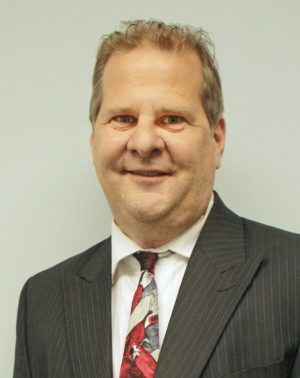 Paginating Editor
Dan Ebenal
Dan Ebenal has worked in the media industry for more than 30 years, working as a reporter and editor in over a dozen newsrooms around the province. Ebenal is married with two grown children and has called Victoria home for the past seven years, currently working in the Black Press Media Victoria news hub.
dan.ebenal@blackpress.ca 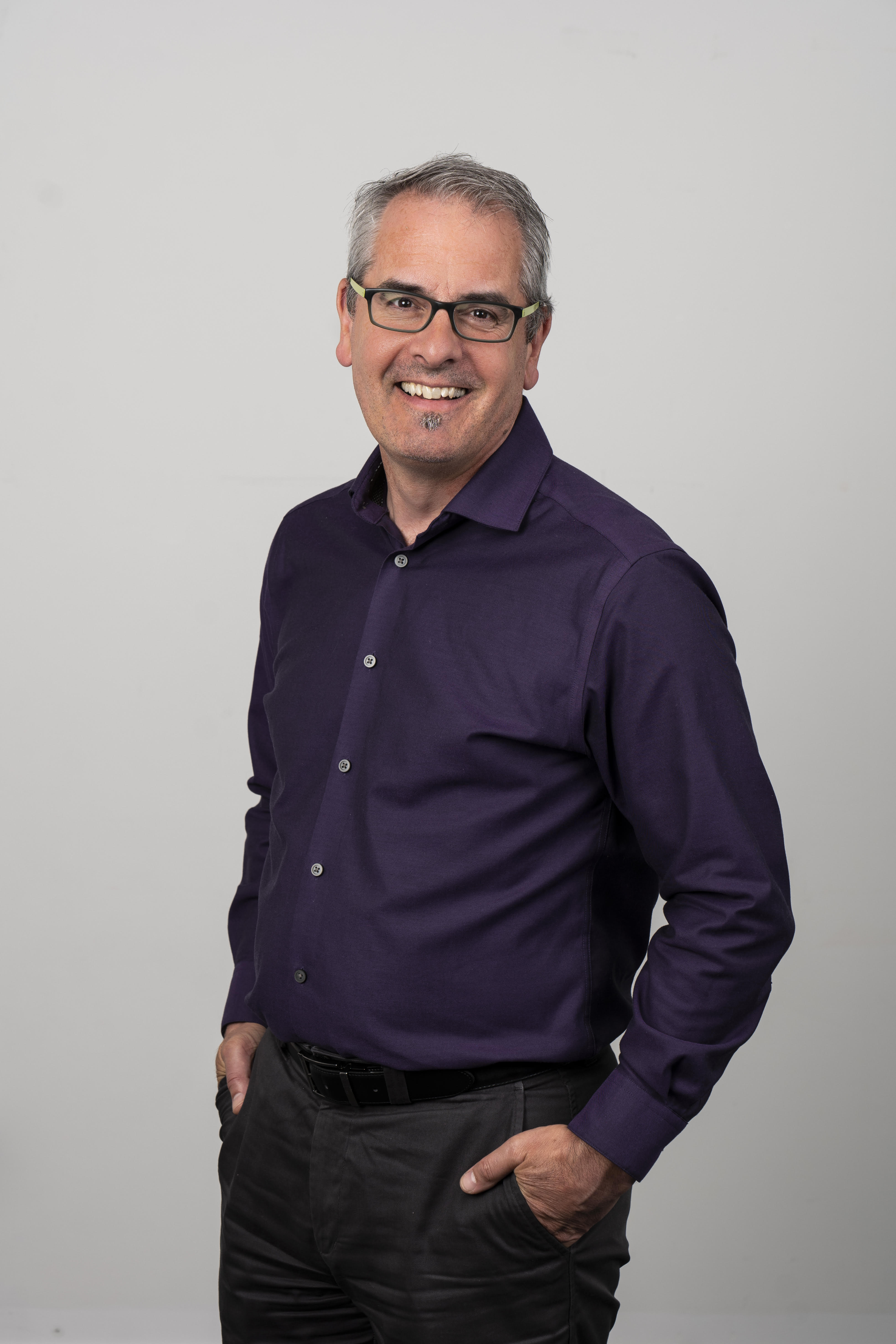 Senior Reporter-Special Features Editor Victoria N
Don Descoteau
250-480-3252
Don Descoteau is a 30-year veteran with Black Press Media, having spent 10 years as a sports editor in Williams Lake and Campbell River before returning to his hometown of Victoria to assume senior reporter duties with the Victoria News in 2001. The years since have seen Don serve in various capacities, from reporting, to editing the Oak Bay News, Victoria News, Goldstream News Gazette and Monday Magazine. He also wrote for the Impress Branded Content web section before taking on paginating and other editing duties in 2020. He currently serves as acting assistant bureau for Black Press Media in Greater Victoria.
don.descoteau@blackpress.ca 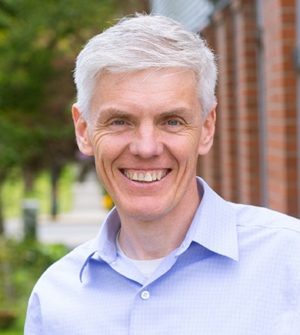 Sidney/Saanich Peninsula Reporter
Wolf Depner
250-656-1151
Wolf joined the Saanich News in October 2016 with more than a decade's worth of experience in print journalism, primarily in the Okanagan Valley, where he has worked for the Penticton Western News and Summerland Review among other papers. His writing has also appeared in Diplomat and International Canada. He holds degrees from the University of British Columbia and the University of Western Ontario and recently worked at the University of British Columbia, Okanagan Campus.
wolfgang.depner@peninsulanewsreview.com 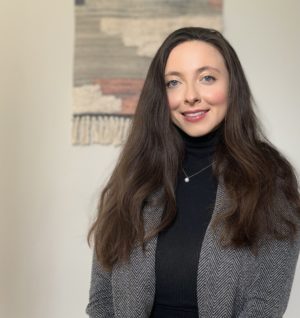 Saanich Reporter Saanich News
Megan Atkins-Baker
250-480-3279
Megan Atkins-Baker is a journalist who completed her studies at Mount Royal University in Calgary. Her passion for writing, health, and social issues are what motivates her. Daily yoga practice is how Megan maintains a balanced lifestyle to support her well being, and the philosophies behind yoga are what inspires her to apply balance in her reporting. Megan's love of journalism stems from genuine curiosity about the human condition and the world we live in. In her spare time Megan loves to listen to all kinds of underground music, hike, and spend quality time with her cat, Fanny, and her boyfriend, Mac.
megan.atkinsbaker@saanichnews.com 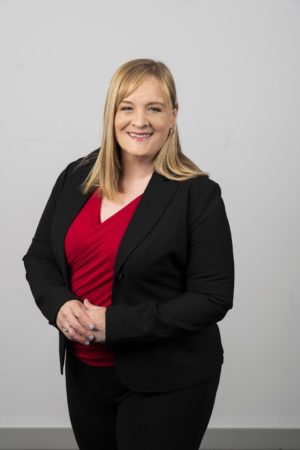 Senior Reporter Oak Bay News
Christine van Reeuwyk
250-480-3260
Christine graduated from Langara College in 2002 and returned home to Vancouver Island to embark on a career. She has since worked in newsrooms from Victoria to Port Hardy and back again. A multi award winner on the provincial and national level, Christine has worked as editor of Black Press papers across Greater Victoria and now serves the community of Oak Bay as senior journalist. When not pounding pavement on The Avenue, she enjoys a good game of rec ice hockey and is a bit of a foodie.
c.vanreeuwyk@blackpress.ca 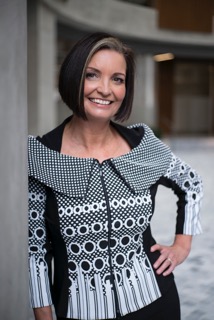 Group Publisher
Michelle Cabana
250-480-3274
Michelle is group publisher for Greater Victoria, leading a team of about 60 staff and approximately 1,250 newspaper carriers. A graduate of Fanshawe College, her media career has spanned nearly two decades in print and digital platforms and includes Black Press Media, Times Colonist and Auto Trader Publications. Having worked in all departments from advertising and marketing, to distribution, Michelle was instrumental in the launch of the Greater Victoria Editorial Bureau in 2018 and digital success of the six community newspapers in the region. Most recently, she started the Victoria News based video production department which serves both local initiatives and Black Press publications throughout BC. With four generations of Michelle's family living on the Island, she now calls Metchosin home along with her husband and daughter. They enjoy the outdoors, travelling the island and being involved in the community.
michelle.cabana@blackpress.ca